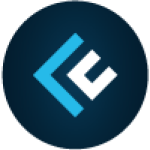 Generative Adversarial Network a.k.a GANs is a generative model which is used to generate new samples using training data. The output samples are similar to the training data but not exactly the same as our goal is to generate more diverse data from what we already have.

The key idea is to introduce a latent variable that is passed through to a GENERATOR, a neural network, and generate new samples. If the distribution of generated samples is different from the distribution of original data then update the training parameter of GENERATOR and continue this process until we achieve our goal.

The question is how to ensure that Pmodel(x) is similar to Pdata(x) because we don’t calculate a likelihood value for each generated sample or training sample?

We introduce a DISCRIMINATOR, a neural network, which is a binary classifier that identifies if an image is fake or real.

if D denotes to a Discriminator, then

We can formulate training objective of GANs as below

To train such networks, We use the alternative approach such that the first few iterations, we train the Discriminator and then we switch to the Generator. As this discriminator is a binary classifier, the output layer should use the Sigmoid activation function.

The minimum Error Loss is used as the optimal condition for a supervised learning algorithm and the training goal is to achieve the least error loss. But for a Generative Adversarial Network, There are two networks to be optimized together.

For an optimal discriminator:

For an optimal generator:

By using both together:

There are two good characteristics of a good GAN model.

The generators should generate images in which objects are clearly recognizable and any classification model can classify these objects with high confidence score.

The generators should generate images of all classes which exist in the training data. If an generator generates images of a particular class label, then it is not well generalized model.

There are two popular metrics which is used to evaluate GANs are Inception Score and Frenchte Inception Distance.

Inception Score has two quantities which can be correlated with Recognizable Objects and Semantically Diverse characteristics of a GAN model.

H(y) denotes the entropy of generated class labels by the generator. A high entropy value means generated data is equally distributed among the different classes. It satisfies the Semantically diverse characteristic.

H(y|x) denotes the entropy of the class label predicted by the classifier for different data. A low entropy value means a particular class label has a high confidence score so the object is easily recognizable in the generated image.

So, A high value of Inception Score is better for a generative model.

One drawback of the Inception Score is that it doesn’t consider training data in its metrics so that is purely based on generated samples. Though the goal of a GANs model is to generate data which distribution is close to real data distribution.

This method calculate the distance between the two distributions:

The low value of Frechet Inception Distance is better for a generative model. Low Value tells that generated samples are close to the real samples.